When it comes to fire safety in the home, Astra Electrical know exactly how critically important this is to any Australian home, 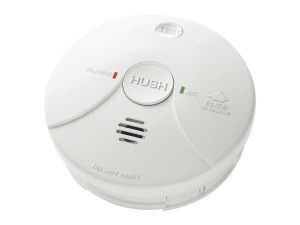 and we therefore provide the very best fire protection to your home.

This includes professionally installed smoke detectors and alarms throughout a property according to Australian standards.

We only use good quality, Australian approved smoke alarms and mainly use the photo-electric smoke alarms that are recommended by Queensland fire and rescue.

There are three reasons why you need to have smoke alarms installed in your premises:

Smoke alarms are extremely important safety devices. Without a smoke alarm the risk of death caused by fire in your home is a lot greater than if you have a smoke detector installed.

In Queensland about three-quarters of all home fire deaths occur in homes that do not have smoke alarms.  Furthermore around 50% of all deaths caused by smoke, happen when the family is asleep.

Smoke alarms are effective in providing an early warning of a fire.  They detect smoke in your home or business, the smoke alarms then alerts you of the danger, thus giving you an opportunity to escape.

Its also important not to install smoke alarms in the exclusion zones.  For example do not have your smoke alarm installed near doors, close to air conditioners outlets or above ceiling fan blades.  Smoke detecting devices located in these areas will be less effective as the air movement may prevent the smoke from reaching the alarm.

It is now mandatory to change over to 240 volt Photo-electric smoke alarms. They are more reliable and can be inter-connected to other alarms in the house.  There are Australian Standards that your smoke alarm needs to comply with.

The Queensland State Government recommends that all smoke alarms that are install must be photo-electric smoke alarms.  This is because they are more effective than the ionisation smoke alarms and do not have false alarm issues.